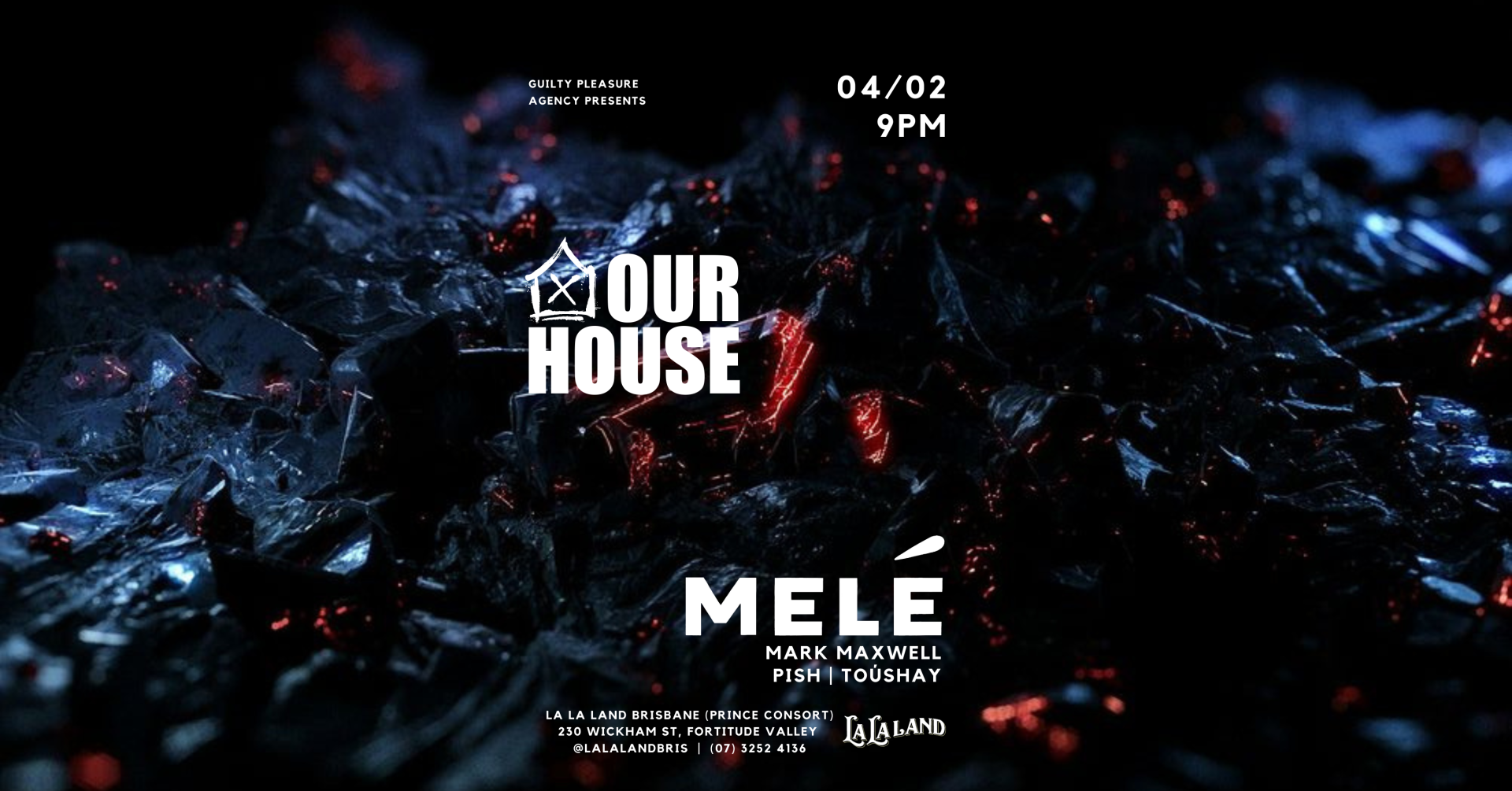 Renowned for invigorating the dancefloor with fuel injected dynamism, Melé is an artist who has worked tirelessly to achieve his position as a revered selector, producer and label owner. Over the past decade Melé has developed a niche sound that utilises a mesh of world music-influenced house, transatlantic hip hop, broader UK sounds and classic Chicago grooves.

Melé’s unique appeal is demonstrated by the sheer breadth of his profile, appearing on labels as diverse as Brownswood and Defected, and headlining a broad spectrum of club

being confirmed for what would have been Coachella’s 2020 edition at the Yuma stage.

Still young and hungry, Melé has already achieved a reputation usually reserved for veteran artists. Modest, committed and exceptionally talented, he is one of the foremost UK artists of

his generation. Driven by the same excitement and energy that first attracted him to dance music, he continues to drive forward, bringing good vibes and positive energy to every

Our House Is Your House 🧡