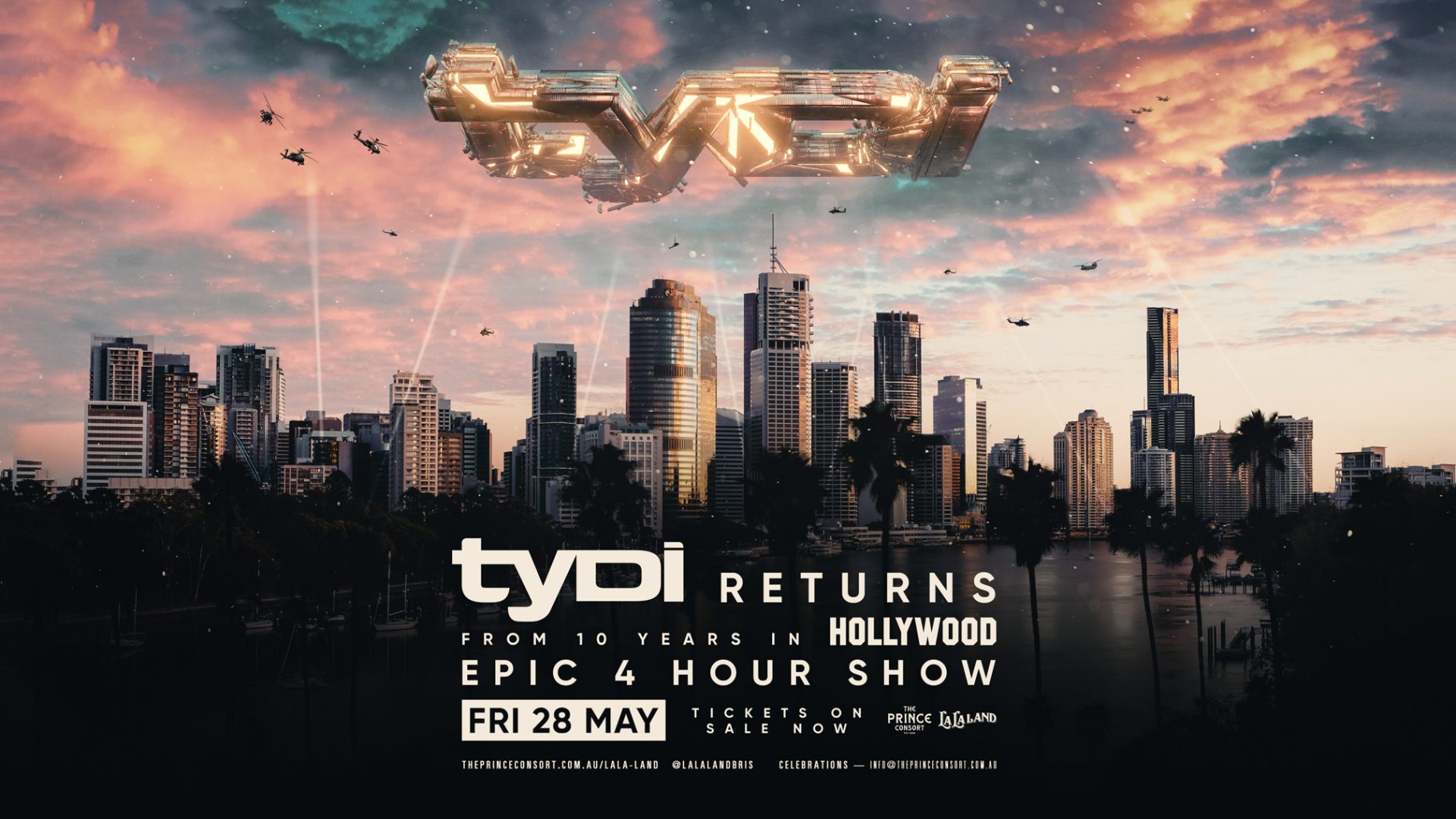 For the first time in a decade, Brisbane-grown TyDi is back for his first ever full production show in his hometown.

He brings his new style — crafted over the years through headlining major clubs from Ibiza to New York — while still retaining the signature sounds that saw him the become the youngest voted #1 DJ in Australia twice over.

TyDi has been touring relentlessly around the world, often playing over 150 shows a year, headlining major festivals like Tomorrowland, Paradiso & Global Gathering while still holding down major residencies in Vegas & Los Angeles. His global footprint has seen him voted 3 times in the Top 100 DJ’s of the world, and TyDi is also known today for writing music for projects as diverse as Disney on Ice stadium tours, TV commercials, Hollywood films & video games.

He’s finally back to bring an extended performance to where it all started, Brisbane City Australia. A spectacle of music from the past, present and future. TyDi is no stranger to innovation, this show is all about a sound and visual performance representing a true musical journey. For TyDi fans, this is a homecoming not to be missed — TyDi chapter 2. For those who don’t know him yet, you’re in for one hell of an epic night.