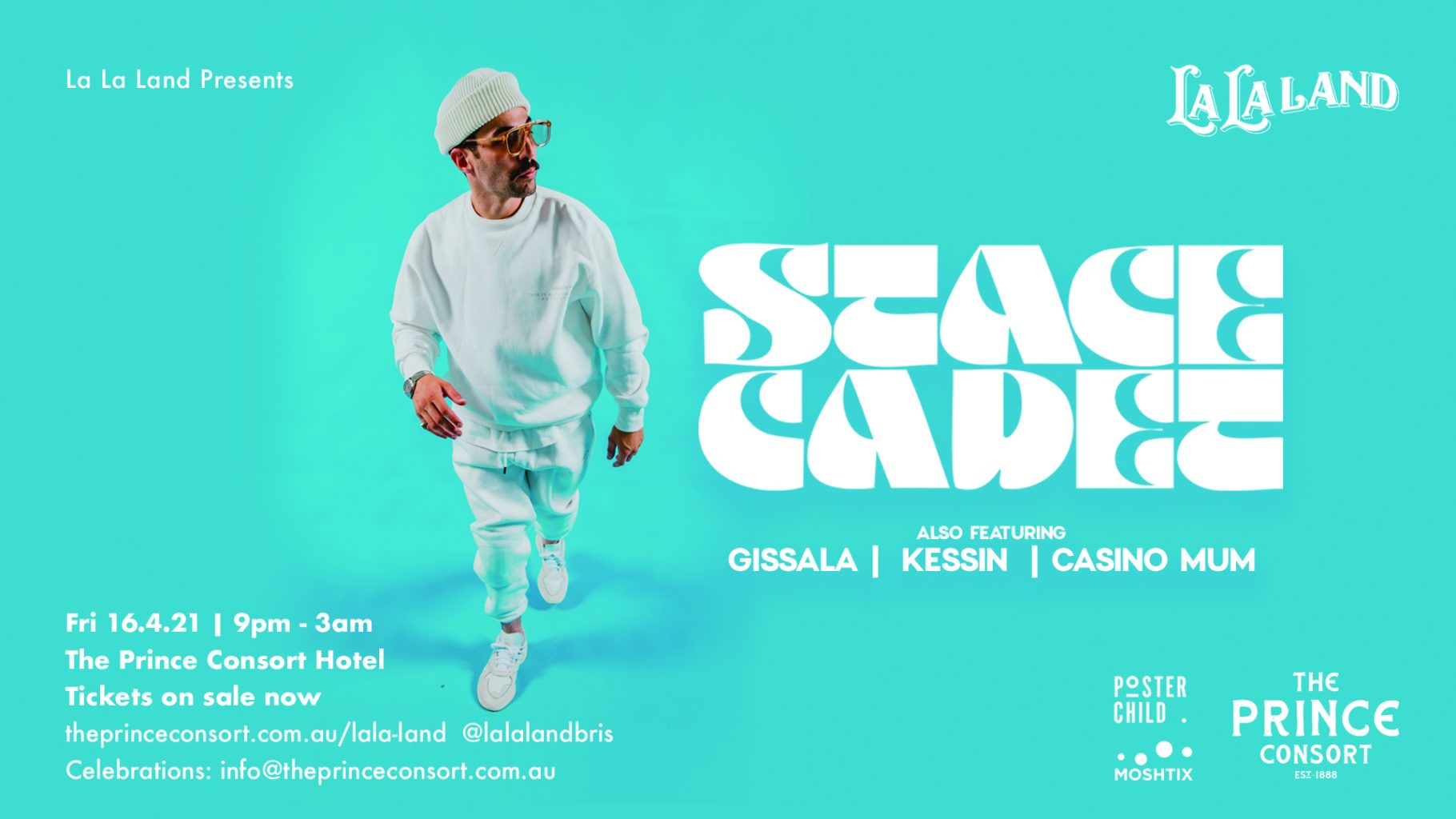 Stace Cadet returns to The Prince after his sell out performance at Good As NYE, this time he’s literally taking it to the next level stage in LA LA LAND, Brisbane’s newest, up-late playground, and home to your most exotic electronic music adventures.

Australian producer, DJ, and vocalist Stace Cadet is creating some of the most tempo-raising dance music in the electronic world right now. Born Stasi Kotaras, the Adelaide-based artist has made a name for himself by creating music that promotes a joyous, euphoric experience. He celebrates dance music for what it is at its very core – a collision of music and human movement.

‘Energy’ has continued to notch up accolades since its release. It currently boasts over 25 million streams worldwide and an ARIA Gold certification, ‘Energy’ was then also awarded the No.1 ARIA Club record for 2020. These were just some of the highlights that capped off a stacked 2020 for Stace Cadet. ‘Energy’ was also nominated for an ARIA Award for Best Dance Release.

To cap it all off ‘Energy’ landed itself at 21 in triple j’s hottest 100, an incredible feat! Safe to say ‘Energy’ was one of the biggest Australian records last year. It’s not just Australia who’ve been getting a burst of energy from Stace Cadet. ‘Energy’ has been labeled a ‘Future Anthem’ by BBC Radio 1 with spins from Pete Tong & MistaJam, also hitting #1 on the UK Cool Cuts chart.

With the teams at Medium Rare Recordings & Sony behind him Stace Cadet is gearing up for a year of more releases and touring – capitalising on a ground breaking 2020. Houston, no problem here – let’s dance!