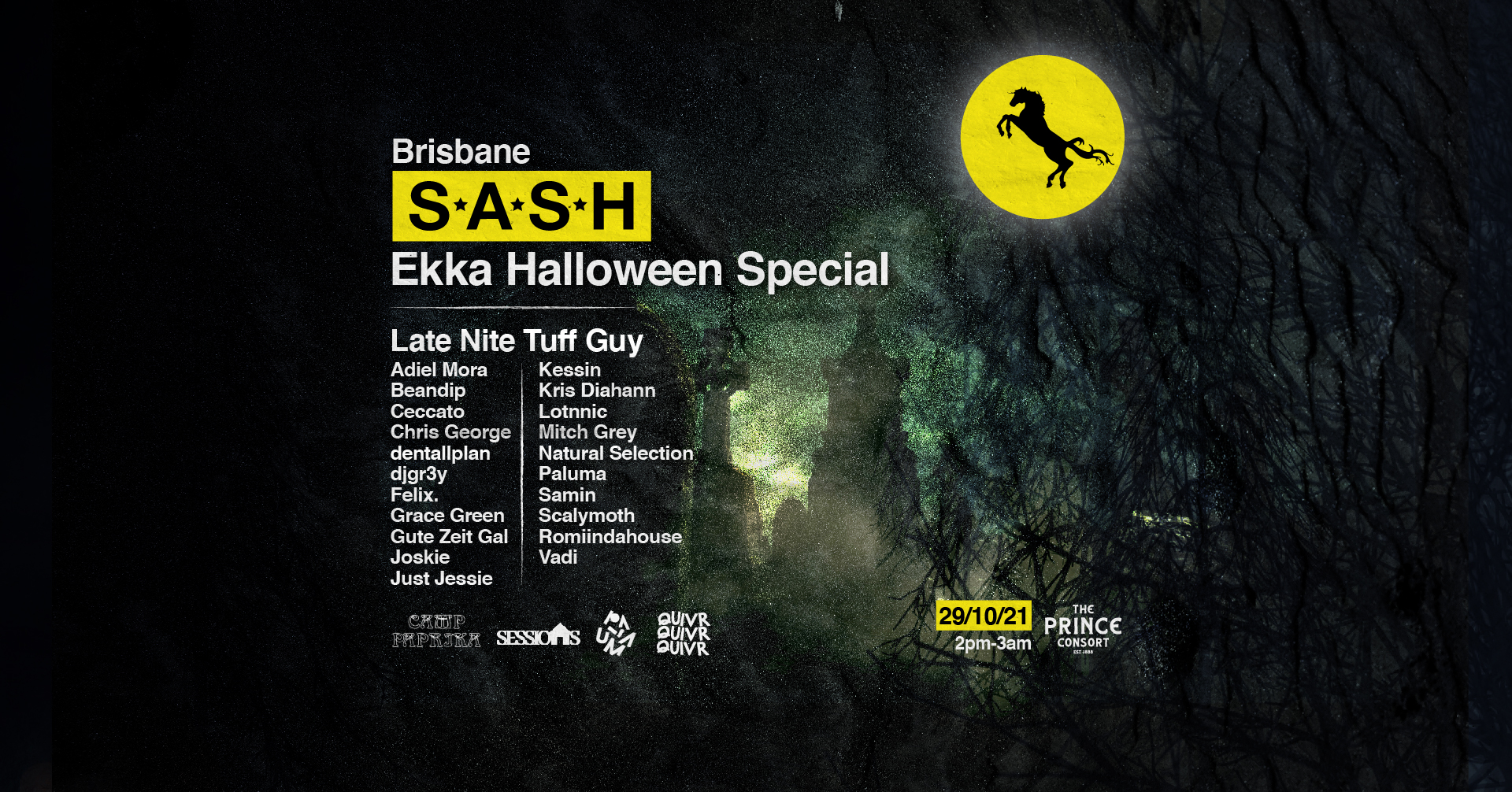 The Queen’s Birthday celebrations continue, with ol’ mate Liz filing an honorary exemption to enter the land down-under. The mission – a long weekend full of mind-melting mischief, dancefloor deviousness, and a proper good lashing of S*A*S*H.

Liz and the crew saddle up with Brisbane in sight, inviting a smorgasbord of Queensland’s brightest stars to soundtrack the afternoon & the evening. (We’re starting from 2pm and going all the way till 3am!!)

Our other special guest is certified Aussie dance music legend, Late Night Tuff Guy. Playing his first show for us at S.A.S.H, LNTG is the crowning jewel of our October Long Weekend lineup.

It’s only fitting he plays an extended set outside on The Terrace, which will be hosted by Gold Coasts’ spiciest, Camp Paprika.

Local collective QUIVR take over The Den, showcasing an inclusive selection of their favourite local DJ’s, including queer, woman & trans folk. In true QUIVR fashion, they will be live streaming from the front bar.

The Sunny Coast meets Brisbane upstairs at The Prince, with two extra rooms and two more crews on the loose. Lord Paluma & Friends takeover The Box (La La Land), & Sessions return with the deep house groovers in The Maze.