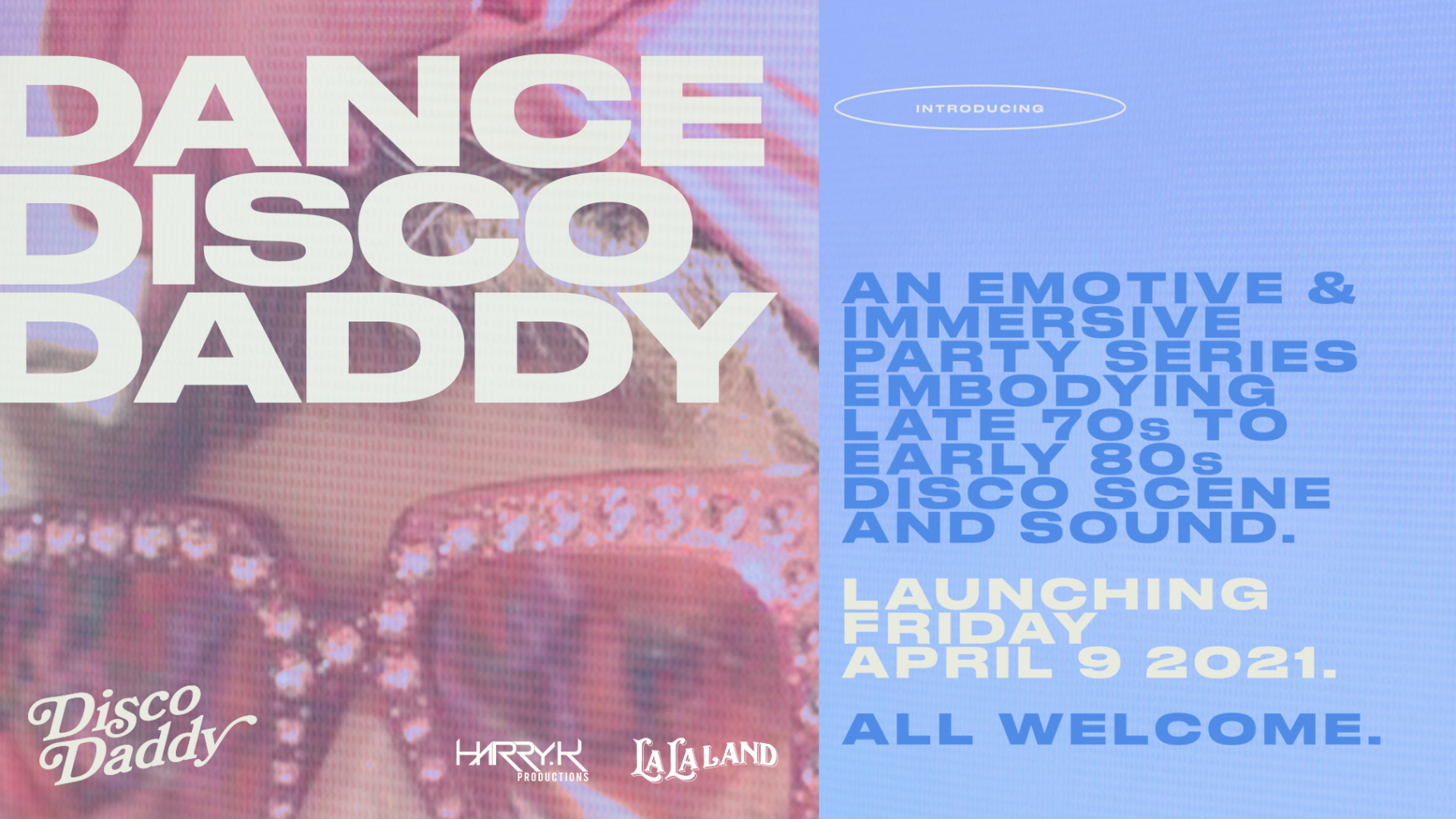 Harry K welcomes you to the world of DISCO DADDY at LaLa Land (The Prince Consort). A party series created in the quest to provide unique safe spaces for everyONE to come and play.

DISCO DADDY was inspired by iconic parties like Studio 54 in NYC which brought about a music revolution, Horse Meat Disco in London whose iconic soundtrack itself became a world-renowned genre and Berghain in Berlin whose signature moto of self-expression makes it the one of the most desirable parties in the world.

DISCO DADDY’s Soundtrack is all about HOUSE music with a DISCO twist, a QUEER flare and a DIRTY beat, with performances throughout the night housed in one of the most unique venues Brisbane has ever seen, LALA LAND in the valley.